For the first time all month, I’m literally writing this 30 minutes before I need to post it.

It feels just like old times! I used to always just sit and post. But it’s been super awesome having the time to write posts in advance and then schedule them for one of the two days that I set aside for new posts.

I’ve had no time this week to write a new post, mostly because my life has been bananas. Tomorrow is my last day with my kidlets for the summer and I’m starting to get the feels.

Yesterday was a great day though! It was the last day of school for the kidlets. The mom and I went to pick them up from school and then we got dropped at a park. 2nd and her friends had planned a play date and then about half of 2nd’s class showed up. We arrived at the park around 4 and we left at 9.

Usually, for a “2 shades from albino” ginger like myself, that would be a major problem but, I’m also a planner and I knew ahead of time that 2nd was going to the park and I planned ahead! Before I left my apartment, I had sunscreen on my exposed arms, I had my face sunscreen in my bag, and my sun umbrella. I didn’t know if I was going to the park so I didn’t want to put sunscreen on my face if I wasn’t. Every time I put it on my face, it always gets into my eyes. always And it happened yesterday. More than once.

But the park was amazing! The mom that organized it is Korean so we had a chance to chat. The grade 6 mom’s (the ones who organized it) were all very nice and brought mats, blankets, a little tent, a fold up table, and TONS of food. The kids played in the park then went swimming. I was accepted into the Spanish mom’s circle (the grade 5’s moms) and offered watermelon while I watched my own kids plus one more. 4th “wasn’t feeling well” after she failed her swim test and she didn’t have someone over 14 to watch her in the water so she left when her mom arrived.

4th has a thing about colouring in my tattoo on my foot. It tickles a little bit but that’s ok! I always encourage artistic expression! She has done some really nice colouring in the past so I trust her. One of the students at the main house had some markers on the table she didn’t want to pack so I grabbed them and threw them into my bag for the park. 4th created a lovely masterpiece and then got a little bit carried away:

Usually, it’s just the butterfly that gets the colour. Not the rest of my foot or my toes. I was totally fine with it though – it washes off. Like sure I looked like a crazy person with one foot covered in crazy colours, but it’s all in good fun.

After everyone packed up, we even went for some ice cream and I was dropped off at home by 10. Such a long day! But it was great!! Although, the marker did not come off. I washed and scrubbed it and only about 50% came off. It’ll be a fun couple of days waiting for it to fade out and wear off…

Now tomorrow is my last day! All 4 kids and I will be going for lunch and playing board games after just to spend some quality time together. I have to do some research on lunch places to avoid triggering 3rd’s allergies but it’ll be all good. And then it’ll be all over. I’m going to miss them SO MUCH this summer. But I will probably just go over to the main house to hang out sometimes. No shame in going to get some snuggles and trampoline time!

A big shout-out to all those who voted for my nail design this week! I’ll be doing my nails this afternoon and the pink/blue flowers won! I might change the colours though. I’m not in a pink/blue mood right now haha! The video will be up on Sunday. 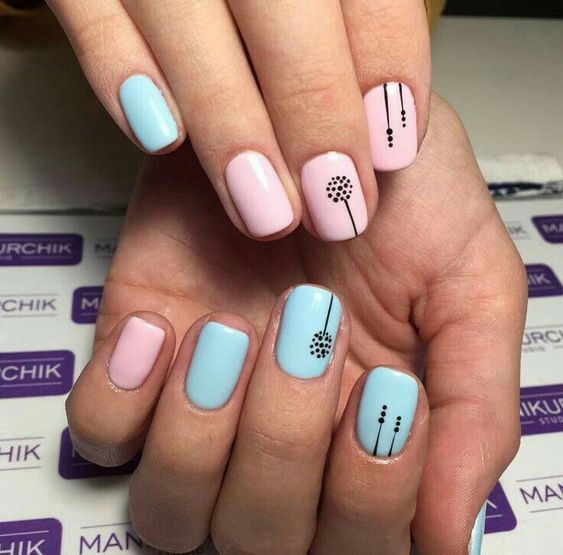