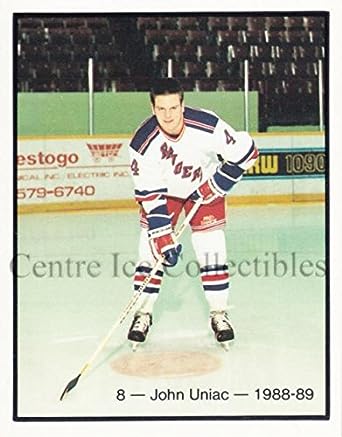 John was one of two players for the Rangers with the last name that started with a U, both of whom I had never heard of. What made Uniac stand out over a more recent player, you might ask? He started playing in the OHL the same year that I was born. That’s basically all it takes.

Tomorrow will be better guys, I promise. I actually know the next guy.