Steve Eminger is probably one of the more successful Rangers from my high school days. 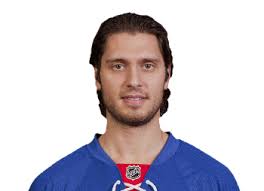 He played for the team from 1999-2003, which was his entire OHL career. Perfect timing for him since that allowed him to secure a Memorial Cup win before moving straight into the NHL, being picked twelfth overall in the first round of the 2002 draft. He played for the Washington Capitals for a few years, was downgraded to an AHL farm team, then back to the NHL for 8 seasons. He did move around a little bit, but he had some solid skills. He seems to have ended his career during the 2015-2016 season in the AHL with the Lake Erie Monsters.

In addition to solid skills, Emmy (as he was affectionately called by most Ranger fans) was a pretty solid guy too. Since he was already an over-ager by the time I took notice in the team, I don’t really remember him all that much. BUT during March Break of my grade 10 year (2003..and every year after that), I took part in TimBit Day at the rink. That’s where all the little hockey players who played for a Timbit Team (sponsored by Tim Hortons, usually all under the age of 12) would come to The Aud, the ice rink, and get an award for being part of the league that year. That day was insane! The teenage volunteers would make sure the right team got to the ice on time and organized the little kids as they stood in line waiting for autographs with the Rangers. It was exhausting. But Emmy was the nicest guy to all the little kids. They flocked to him, all wanting his autograph and/or a picture. And he had the patience to deal with them all.

One thought on “#atozchallenge : Eminger”