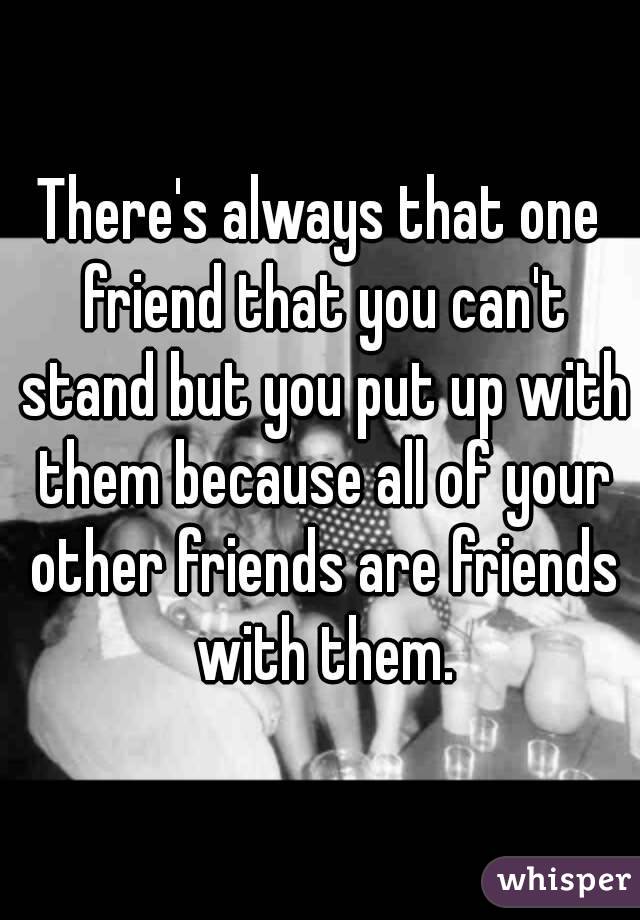 I’ve felt like this friend a few times in my life, and I think it’s why I tend to have several really close friends, but not a large group of friends.

When we reached the age to be in youth groups with the church, that’s where I really started to see the divide. She had boy cousins our age and when we would be at youth nights or events, she would be off with them and her brother(s) and I would be sitting alone. I never really fit into the youth group. She was the only girl my age at my church, everyone else was older or younger, or related to each other. I was the odd one out.

So I felt like that friend. The one that, if they disappeared, no one would really notice.

Then in high school, I felt like that friend again. I kind of bounced from one group of friends to the next, they would all make plans to hang out after school or on the weekends, and I was never invited. But at school, we were “friends”. One group, I was super close with from grade 9-11, had about 4 girls all together. I had a falling out with one of them in grade 12 (she’s one of the Sarah’s I’ve written about before), and then the other two shunned me over it as well. So I stopped eating lunch with them and just spent more time with a different “friend” group.

While in university, I was part of this group at the job I had. We called ourselves “The 3 T’S” since we all had first names that started with T, and a guy friend with an S.  We did everything together and were sooo close. In my last year at university, I started to tire of the other 2 T’s. They were really negative and loved to gossip and talk smack about literally everyone being super petty and spiteful and I could see that rubbing off of me. But I stuck it out because I was friends with so many other people who would always be going to the same things. Then my birthday rolls around – two weeks after another T’s birthday. We had a huge bash for her and my party was just around the corner. I waited at my apartment and not a single one of them showed up. No one from that group of friends. I had Angela there, and a friend I had invited from university. So we went to the club I had picked and had a great time (I tried not to be sad about it) and then my awesome roommates met up with us at the second bar on the list after Angela and the other girl left and we had a really great time. They really were the best roommates.

Soon after that, I cut ties with the T’s. I only wanted to not be around the 2 T’s anymore, but what I didn’t realise was in not associating with them, it meant that I was blackballed from every single social gathering where the T’s were. Even S stopped all communication. In an act to take two toxic people out of my life, I was out of everyone’s life I had thought I had been friends with for 4 years.

As a side note, about a year later while I was in Korea, one of the T’s reached out to me. She was planning a trip to Asia and was asking about life there. She added me on Facebook again and I thought that was a good step towards rebuilding our friendship. But she told everyone that I had reached out to her and that I was asking her to come back into my life.

And once again, I was left feeling like that friend.

So now, I don’t have groups of friends. I have this friend and that friend. I’ve formed solid, long lasting relationships with some amazing people and I’m really happy about that. Sure it hurts to look back and reflect on those groups where I was basically the disposable friend, but I know now that the friendships I have kept through all of that, are the ones that really matter. The ones that fill my life with happiness and help me grow into a better person just by having them around.

21 thoughts on “There’s always that one friend”