The time has finally come ya’ll – the end of free pilates classes.

Ever since I arrived in South Korea, my school’s director has been trying to get me to work out. He used to be some sort of master taekwondo instructor or something in the USA when he lived there and he’s all about the “fitness” (from what I can see his fitness includes practicing his golf swing at the driving range at work). It’s super annoying – no I’m not going to work out today! Please stop asking me…

In April, the fitness center decided to offer free access to classes to whoever worked in the building. I was kind of interested in yoga, since I had started to do yoga a few years before and I really enjoy it. For my fitness level, it is a good workout and it makes me feel good. However, it was on the same nights as my late classes, and not the nights that my co-worker was at work (she is only part time) so we decided to go to pilates together instead.

We started mid-April, and at first it was reallly hard! (search my “fitness” category to learn more about those early sessions) and the term Death-ialtes was born. In May, I was told that the bosses/people who run the whole building, were thinking about changing it from free classes to 50% off classes. The rumor was that employees of the fitness center were leaving their scheduled work times to go take a free class. Tsk tsk peeps!

So I prepared myself to have to make a choice: Pilates or my regular bi-weekly manicures. I was expecting the investment to be more on the pilates side. But no one ever came to talk to us to tell us to pay. Then June started and it was announced that yes we needed to start paying. But again, no one directly talked to us so my co-worker said to just wait until someone told us directly to pay (like the instructor for instance).

Last week, my co-worker said that we should start to pay. The boss’s daughter was apparently upset that we hadn’t paid yet for the classes. But the instructor never said anything about having to pay so we didn’t know if we really had to. This was on Friday, so yesterday I went into work early to actually pay for classes for July.

As soon as I walked up to the desk, the look of Omg, it’s not a Korean! came  across the faces of the three girls working there. I had practiced my pronunciation of the Korean word for pilates (literally a 4 syllable stretch out pee-lah–teh-suh) and still nothing. I called the school receptionist and thankfully she was at work and just came down to help me sign up. I braved it alone since my director assured me they would/could understand me asking to pay in English – and our test has determined THAT WAS A LIE!

BUT once we got it all sorted out, here is what is amazing about having to pay for the classes:

I did a quick little search for my home town on pilates classes, because even without that 50% discount I feel like the price is super inexpensive. This is the first price list that I came across:

DO YOU SEE THAT!?! $19 for ONE CLASS as a non-registered student. When I move back to Canada, I am either going to have to keep up my pilates at home or just stop altogether cos there is NO WAY I am paying $20 to a studio for one freaking class. I have found a youtube channel I like, poppilates – and you don’t need any equipment for it either just a yoga mat.

Now that I actually pay for the classes, you’d think that I would have more motivation to go. But I don’t. I seem to have lost my ambition to go to the classes and work out. I think part of it is the weather. It has been grey and humidity filled for weeks now! And since monsoon season has opened in full force, the depressing “invisible weight pushing down on my shoulders” feeling has gotten worse. Another reason I think I have no ambition is because when I go, I’m exhausted for the next few days. My muscles hurt and I just want to sit and do nothing, then I have another class and it starts all over again.

They say it gets better – maybe if I actually go 3 times a week for the next few weeks it will get better? I have a feeling it wont… 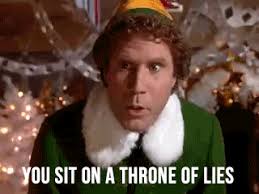 2 thoughts on “Death-ilates: the “paid for” experience”