A post by fellow blogger Random Bits of Trial and Error about her daughter doing the “egg as a baby” project for school gave me flashbacks to when I was in high school taking a parenting class. Since we all like flash backs and “war stories” I hope you will enjoy the trauma that ensued from 72 hours of me being a “parent”.

In grade 11, I took a parenting class. It was one of the few classes that my friends and I could all take together. Some of us were taking university stream classes, and others college stream. I rarely had a class with so many of my friends. Of course, this class was mostly girls except for (and I kid you not) 3 Kitchener Rangers. These boys decided that it was going to be an easy class full of girls and that it was a good choice to make.

For our final project, we had two options: take a “like real baby” for one night (or a weekend if your night was a Friday) or some other baby reflections book or something. I obviously took the baby and was one of the few people who got to keep it for a whole weekend!! (Ranger Devereaux Heshmatpour yea that is his real name! wanted the baby too but his team mates talked him out of it thank goodness!) I was so excited at the prospects of getting to take home this baby for 3 whole days!!

As you can see, they looked like real babies. We got them in a car seat and everything. Our particular baby had a key to use not a sensor. There was a hole in the lower back, and whenever the baby cried, you just had to stick the key into the keyhole, turn it and hold it for like a minute or two and then a sound would let you know when it was ok to take the key out. It was suppose to cry every 2-4 hours. This was much easier than other babies at other schools where you had a sensor you had to hold up to find out what was wrong: hold it to the mouth to see if it was hungry, to the diaper area to see if it was “dirty” etc. Our babies also had a movable neck – hold them too far forward and the neck would snap forward, too far back and it would snap back. It had a battery pack which recorded all these snaps, each time it would cry, response time, if you just ignored it etc. The teacher just had to take out the battery pack, download the information and reset it for the next person.

My day finally came to take the baby!! The key was given to you by attaching it to your wrist with a medical bracelet. You know the kind you can’t take off without cutting it? This was to show us that we had to be available to our baby at all times.  The baby I got had been malfunctioning for the previous student, but the teacher put in new batteries and said it was fixed. I took the baby to the rest of my classes that day with no problems.

Since it was Friday night, my parents were going out for dinner and asked if I wanted to come along. My brother was gone for the weekend for some cadet thing so it was just the 3 of us. It was one Friday night that I had off of work which was rare. I went, but I had to take the baby. We took the baby into the restaurant with us, assuring the hostess that it was fake and that no, we didn’t need a highchair or any special treatment. A pair of little old ladies came over to our table and half way through their “ooo how sweet a baby!!” they stopped and looked in horror as they saw the plastic face staring up at them. It was a great moment!! They got a little chuckle of out it, talked to use for a few minutes and went on their way. 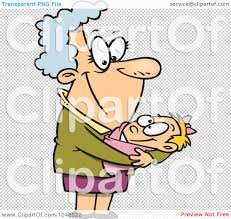 On the drive home, the baby started crying in the car. I took it out of the car seat it was in and held it on my lap with the key in the back. Moments later, there were flashing lights behind us! The cop was not impressed that I was holding a baby on my lap while the car was moving. He was a little less impressed than the grannies to see that it was plastic. He gave us a look and then went on his way. That must have been an interesting story to tell at the end of his shift! 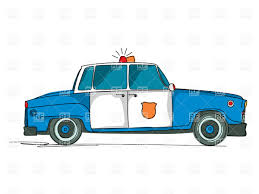 The next day, I had to work. So, being a responsible fake teen mother, I broke the assignment rule and cut off my wrist band and gave the key to my mom. She was able to stay at home and keep an eye on my baby. I think we were told that if we came back with the wrist band cut off, we would lose 10% or something. I was willing to give that up to keep my real life job.

Saturday went fine. Saturday night went ok – the baby woke up a few times but it was very easy to quiet down once I had the key in her back. Sunday came and the baby started to act up. It wouldn’t quiet down when I put the key in its back. It kept crying. For a few hours it would start to cry every 30 minutes instead of every 2-4 hours. My brother got home from cadet camp and was not thrilled with the noise.

Sunday night was the worst! That stupid baby would not stop crying. I tried EVERYTHING. The head wasn’t too far forward, it wasn’t too far back, the key was in, the key was out. Nothing worked. It even woke up my brother who could probably sleep through a nuclear attack next door. We had had ENOUGH. It had woken up the entire house, even the dog was annoyed and whining. 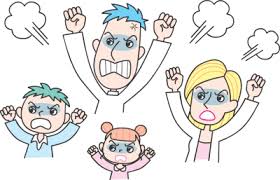 My dad took the battery/computer pack out of the baby. It was locked – of course it was locked! So we couldn’t take the batteries out. But the rectangular box with the computer and batteries was much easier to deal with than the whole baby. We wrapped the box in towels and blankets to muffle the sound. My brother’s duffle bag was still in the living room from his trip with all his cadet stuff in it so we stuffed it in there. THEN we took it to the basement and stuffed it under some couch cushions to muffle the sound even more. Thankfully we all got back to sleep. By the morning, the box has stopped making noise 🙂

The next day, I took the baby back to school with my wrist band cut off and placed into the car seat, the battery pack still out and just laying on top of the baby. I walked up to my teacher and said “you said this was fixed. It wasn’t fixed.” as I shoved the car seat angrily into her waiting hands.

She read the data off the box and it said that I neglected the baby 53 times over the course of the weekend. I had it for 72 hours, which means that if it went off every 2-4 hours, the most it would have been neglected was 36 times, and the least being 18. And that’s if I just didn’t touch the baby for the full 3 days. She “tested” out the battery box and told me that everything was fine – obviously I was lying. Take that into account plus the 10% off for taking off my wrist band: I failed the project, resented my teacher for insisting that I was lying to her, and hated the rest of the term in that class (except of course for the one day where the Rangers came to school in mini-skirts for Miss Oktoberfest! Gotta love rookie hazing!)