Don’t worry, this isn’t going to become a thing, I just like cutesy titles and things. Like this picture! 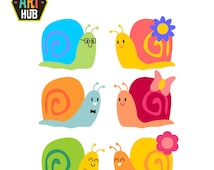 snails in bow ties?! SO CUTE

In my planner, where I write down blog post ideas, I had “parents” written down for today. Then I thought that was kind of a sad topic and I didn’t want to think about it, or write about it, but after last week I kinda think I need to. This is my safe place. A place to be honest with myself, and my thoughts -that was the whole reason I started this! Remember: ya’ll are my free therapists.

So last Thursday, I kind of had a little tiny bit of a melt down – my mom was doing her guilt thing again, and saying how I should rethink my trip home in July because I’m not a teacher anymore and how she was loosing her daughter and I’m in the middle of a war zone yada yada. And while I usually try to write about such things in my normal bubbly, throw some glitter on it way (like this post!), I just couldn’t. I’m not sure what finally broke me, I’m sure it was a combination of a lot of things. I wrote her back saying what I always do, that I can’t keep having the same conversation over and over, but this time (with advice from Le Brother, and a heads up to my dad) I suggested that she go and talk to someone outside of friends and family about her emotions.

I was really emotional over it, and it was part of the reasons why I took a break from blogging last weekend. I was prepared for WWIII to start right then and there! 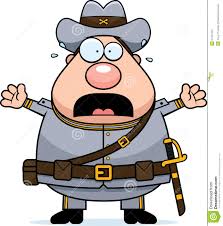 But no reply came. My dad sent an email voicing the same concerns that my mom had, except in a much better way. Apparently everyone thinks I’m running away from something/someone! A simple reassurance was enough for him, but never for her.

I waited, nothing from my mom. Two days passed and finally an email from my mom. It read “Your dad is going to email you a knitting pattern”. Seriously that’s it!! 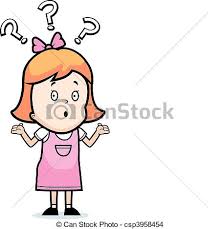 I sent a nice long email to my mom and dad (they don’t actually tell each other what I email so I have to email both at the same time or risk the fallout) about my trip to the aquarium and added some of my pictures to it. Dad replied, nothing from my mom.

Yesterday I got an email from my mom. FINALLY I thought! Thinking that it would be the email where we could work through things. So I opened it and read it, it was like a low down on the famjam. How my dad is her biggest kid, but he’s busy with work and stuff, how Le Brother is climbing the ladder at his job and he’s looking to buy a house, and how I’ve given up my spot on the supply list and she expects that any day I’ll be telling them I’m never coming home. At that she’ll see “you” at lunch. Obviously it wasn’t meant for me.

I hit reply and say that I got the email. She tells me who it was actually for, and I have NO idea how it actually came to me. Unless she’s playing games – which in all honesty could be a possibility.

It’s been over a week now and nothing as a response to that “you should talk to someone” email. I’m just waiting for the explosion. I know it’s coming. It always comes.

However, since my dad did bring it up, there is a nice realization that I’m away from my mom. Over the last few years (basically since I was 20) we’ve just been constantly at each other all the time. If she was anyone else I’d have stopped talking to her at least 5 years ago. But she’s my mother. I really hate the fact that our relationship is so bad, and I kind of envy those people who have a good relationship with their parents. I know I can always count on my dad for anything – he will always support me. But it’s kind of true that my mom is loosing me. Not because I’m here, or my life choices, but because of her attitude about it and how she is handling it, and how she handles things in general. I don’t want that kind of negativity in my life. Its toxic.