Hey ya’ll!! So the big day has FINALLY come!! Step inside for some awesome sharing time!

It’s been 6 months since I first started my blog. I can’t believe that I’ve actually stuck with it this long, and I can honestly say that I have no thoughts of stopping any time soon. With this 6 months mark, I’ve decided to make a few updates to my site.

First of all, I’ve changed my “Photos, images, and links” page to my “Disclaimer” page. Check it out!

Secondly, I’ve changed my “Friending February” page to “Monthly Focus“. For the foreseeable future, each month will have a focus to it. Check that page to understand what’s going on each month.

Lastly, 300 Thursdays shall remain – I like the challenge of limiting my posts to under 300 words, at least for just one day a week.

Now, I promised ya’ll a super-duper, exciting, special post for 6 months together. And since I would never lie to you darling people here it is.

Most of you reading this blog have come across my mention of Doris. I talk about her as if she is one my friends, and honestly she kinda is my soul mate right now. She can make me feel va-va-voom or she can make me feel wahn-wahn. For those who don’t know, Doris is not actually a person, she’s my wig.

I’ve written a little bit about my hair situation way back at the beginning of my blog. Basically what I have is called “advanced female localized alopecia”. That is a MOUTHFULL!!

I’ll break it down for you:

Alopecia is a condition in which people loose their hair. Localized, it’s confined to one area. Female, well I’m a girl, that one is pretty self-explanatory hehe. And advanced, the dermatologist I saw said he had never seen any female with such a rapid hair loss at such a young age. Basically what it is, is that I have male pattern baldness, only I’m a girl. So my hair loss is confined to the top of my head, like you would see in men.

So yeah, it kinda sucks. When I finally got a doctor, after months of tests, to say exactly what it was, I was kind of like between picture 6 and 7 up there. Now I’m almost a full 7. I personally think that having full alopecia, where all my hair would fall out, would be easier. Easier to deal with, easier to explain. Since the hair not directly on top of my head currently grows perfectly fine.

Last year in June, the bbf R and I went to see a specialist. Bff R is my rock, so it was only natural for me to take her along. This specialist was recommended to me by another friend. Her 4 year old cousin lost all her hair (even eye lashes!) so they went to him: he is a wig specialist. We talked on the phone and made a consultation appointment. He was super nice and sweet and we, obviously, went ahead with the wig. Not even a week later he said it was ready. It’s classified as a “medical wig”. He does pieces for cancer patients mostly, but also people, like me, who have alopecia.

It’s not real hair, but the colour will never fade on it, which is good. Before we left the consultation, he clipped a small piece of my hair off and the wig matches it perfectly. He took from the bottom, since I didn’t want him cutting from the already sparse top, so it’s a little darker than I was use to. But now I have grown to love it. Since I moved over here, I never go out of the house without it. It would kind of be a hard thing to explain wouldn’t it? The varying lengths and shades of hair from one day to the next?

Just to give you some real life examples, I present the back of my head:

See all that lovely strawberry blond hair?! Well that’s just the bottom. (ps: the yoga shirt is from Target and one of the most comfortable things I have ever bought!) Anyone looking from the back wouldn’t be able to tell that I had any hair problems. Before Doris, I would just keep my hair up, but then it got to the point where you could see my scalp in the front.

When I wear Doris, I can’t have that big bun on the top, so I put my hair into braids.

You can see here the top of my head. Gah it’s so icky! My braids are shorter now though. This picture was taken about 2 weeks ago, and then I decided that I was stuffing too much real hair up under Doris, so I just took my scissors one morning, and sliced off a couple inches of braided hair. Maybe not the best idea ever….but at least it fits better now!

Now, for what you’ve been waiting for! Everyone, here is my beautiful Doris:

Ta-dah!! I usually wear it the same way every day. The guy who created it for me said I could style it just like normal hair and stuff but I don’t think that’s really true. I haven’t played around too much with it, I like just being able to wear my hair down for right now! I can change the part, but in order to do that I have to get the whole thing wet first, and then move the hair before it dries.

**As of February 2017 there are no more braids. Yeah – I got tired of having to do them every day, so I just took a pair of scissors and snipped them off! Now every few months I just go and trim it all up so it doesn’t get too long and poke out from under my wig.**

Just one more big thank you to all ya’ll who have stayed with me for the last 6 months, and here’s to the many more months ahead of us! 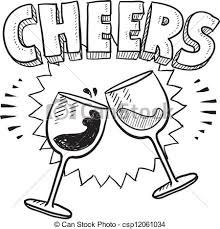