The last 2 days have been a little rough for me. I didn’t post at all yesterday, mostly because I had no words to write. It’s been about 2 months since I’ve had that sensation and it hit me a little hard.

My loss of words started when I heard of Alan Rickman’s death. It’s actually a strange thing to happen to me, but he was a man that I really admired both in his acting career and in his activism. There are certain celebrities that we all know aren’t that nice of a person, and then there are others who we know are genuinely nice people who use their fame for the betterment of society. I wasn’t aware that he had cancer, and his death literally left me wordless.

There is a topic somewhere in my prompt jar that reads “falling in love with words”. I have always loved words. Reading has been a great passion of mine, which has let to writing. In this regard, I have a question for you: is it possible to fall in love with a person’s words? 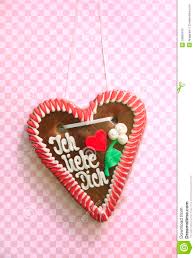 I once read a short story, where a soldier gets a letter that wasn’t meant for him, but he writes to the woman who sent it explaining the situation. They continue writing, not exchanging pictures, and then at the end of the war decide to meet. She says she will be wearing a flower (on her coat, or in her hair). He arrives and sees this sweet old lady wearing the correct flower. He thinks about leaving but realizes that even though this wasn’t the type of woman he was expecting, he had fallen in love with her words and her heart not her appearance and wanted to meet her and go ahead with their dinner plans. He introduces himself and they start talking, and go to leave. Then a beautiful young woman steps out and says the old woman was a decoy – she wanted to see his true character. One can only assume they lived happily ever after.

Do you really think it’s possible to fall so in love with someone just based on their words? Poets and song writers are what I naturally think of, where I can get so wrapped up in their words that I get drawn right into them. Like how I can look at a photograph or a painting and immediately feel a connection with the artist.

I want to believe that this could actually happen. That a connection like that exists. I’ve been burned a few times by it so my belief in it is similar to Peter Pan in the movie Hook and his belief in fairies. Life forced him to let the fantasy go and it ceased to exist.

3 thoughts on “Love of Words”