Many people have the idea that I’m kind of a wild child, just from my life choices. I live overseas, far away from home, I have tattoos, I pretty much have to go into rehab to stop myself from getting more tattoos, I’ve had multiple piercings outside of my ears, etc. But really, my life is very straight edged.

Being straight edged is sometimes a challenge. I have lost friends over it, but really what kind of friends were they in the first place if my life style choices affect them that much? I’ll throw in some examples as we go.

First of all, I tend to have a philosophy that I don’t consume anything that will alter my consciousness. This is kind of going back to the days when I studied religions – both in high school and university. I don’t put anything into my body that will affect my mind, unless prescribed by a creditable doctor. The most obvious would be alcohol and drugs.

I used to drink when I was in university. But in all honestly, I hate the taste! Even if it’s some fruity mixed cocktail, I had to drink it in less than 5 minutes or else the alcohol taste gets too strong for me and it becomes nasty. While this is a great technique for getting drunk really quickly, that part of life never really appealed to me. Like a rational person, I stopped consuming something that I hated the taste of. Some of my friends took offence to this. They were so offended that I would just stop drinking! It was our thing to go out drinking and dancing. I would still go and dance, since I don’t need to be drunk to enjoy dancing! And I became the designated driver – saving them HUNDREDS on taxi fees. But apparently I was being “stupid” deciding not to drink. Apparently if I didn’t drink for religious reasons that was ok (so says the atheist in the group) but because I hated the taste, that wasn’t ok. You can assume those friendships didn’t last. 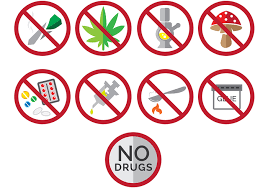 Drugs were another no-no. Growing up in a Christian household, of course they were off the list of acceptable  activities. But I never really had that desire to do them either. I’ve never done drugs personally, and I don’t think that I’m missing anything out of life. If you choose to do so, that is your choice and I’m not going to stand here and tell you how to live your life. I did get a contact high once – standing in a bus stop in the middle of winter after school let out. I was in the corner and someone decided to  hot box it.

Smoking – well smoking is a different issue. While I’ve never smoked a full cigarette, I used to be one of those “social smokers”. Going out with my friends I’d indulge in a few drags. My body got used to the calming affect, and even now in times of really great stress in my life I crave nicotine. Like I’ll have dreams where I’m smoking and then for about a week after that I’ll just be craving it. But in the last 5 years, I’ve only indulged once. I literally bought a full pack of my favourite brand and smoked 3/4 of a cigarette – that was it! Although a lot of my friends smoke so second hand has usually killed the craving that I had. The majority of that pack went to a friend who I was out with who had left her’s in the car and we didn’t want to go back for them. 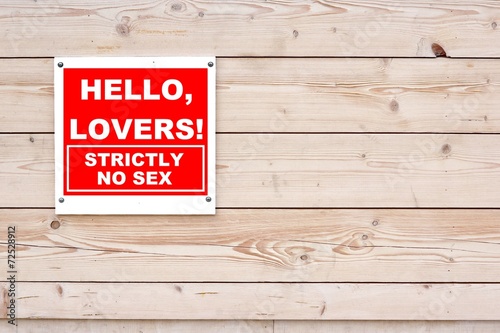 I guess the next thing is sex. Ooo the juicy topic! Well not so juicy. I’ve written about my views before here. Bottom line – I’m waiting. Yeah I know that is SO RARE now-a-days. But I can honestly say I’ve never been in a relationship where I’ve been convinced to take that step. Guess that says a lot about my relationships? haha! Seriously though, I was raised Christian and I really hold onto the church’s notion of sex being special between two people. And at this point in my life, I’m kind of like on this tight-wire of “gah let’s just get it over with!” and “well I’ve waited this long”. The second always wins out 😉 I once had a guy take soo much offence to this! We had known each other for 48 hours (yes really 48) and he had told me names for our children and then he was like “i’m a Christian too, but I’m a man. I have needs. I’m not the type to cheat, but I shouldn’t have to beg.” GAH!

Last thing! Swears! See how sweet and innocent that picture is? That’s pretty much me when I swear. I can probably count how many times in the last 12 months that I have sworn out loud on one hand. I started swearing in high school but my friends would always laugh when I did – apparently it was like I was angry at the words coming out? haha! It’s just not in my personality. And being a teacher, I have hardly any opportunity to vocally cuss. In my head it is definitely a different story!! But out loud I am a sweet little honey bunny. Gosh darn it! Has a permanent place in my vocabulary.

When I was working in retail, I worked with a lot of teenagers, and after a few days of me saying “WHOA! watch that language!” or “no swears!” I actually had 17 year old guys apologizing when they would swear in front of me. Some would even be half way through saying a swear, stop, cough, and choose a different word. It was so uplifting to feel their respect for me in that small way.

I have met a lot of people who, once they find out my stance on these issues, will distance themselves from me. As if knowing that makes me a different person. Even after a few months of friendship, apparently it’s still enough to kill a friendship. I’m not sure how that works, but it happens. I just think that if they are that touchy about my views that we probably wouldn’t have lasted long anyways. I don’t stand on a soap box and preach my views to others, I hold strong to them, but your choices are your own. I’m not here to judge you. I will be respectful of your life choices, and expect you to be respectful of mine. I don’t force you to go to church or pray with me, and I just ask that you don’t push me to indulge in things I don’t want in my life.

**as always: images are royalty free images provided via a google search**

7 thoughts on “Life on the calm side”